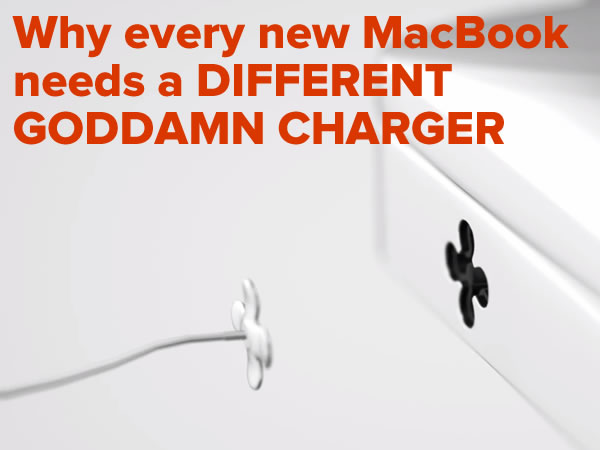 Our more cynical readers already know why the new MacBook requires a completely new goddamn charger that’s totally incompatible with your old one, but in case you didn’t, this CollegeHumor video featuring “Jony Ive” and “Tim Cook” will explain it all for you (be warned, there’s swearing):

The designers at Apple have always taken an anti-clutter approach, which has always gotten on a few alpha nerds’ nerves. When the iMac debuted without floppy drives and old-school serial ports and went with just USB, it was followed by a litany of complaints until that approach became the standard. Over time, a number of “must-have” features have been disappearing from Mac laptops, including optical drives and ethernet ports, and each time, the change has been immediately followed by the gnashing of teeth, and later followed by the rest of the industry doing the same. It would appear the Jony Ive and his team have been reading The Little Prince: 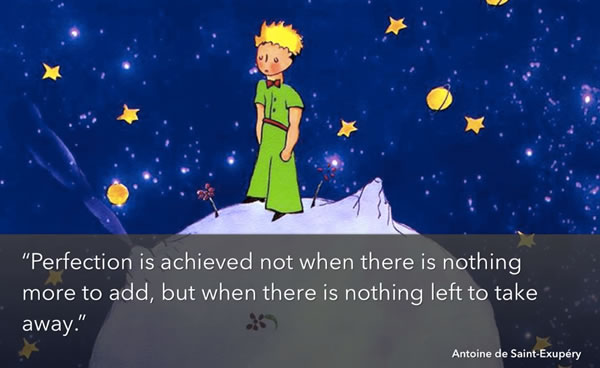 The latest furor in Apple’s Little Prince approach to hardware has been over the new MacBook’s ports being reduced to a single reversible USB 3 port. Power, video, peripherals — they’ll all connect to this single interface: 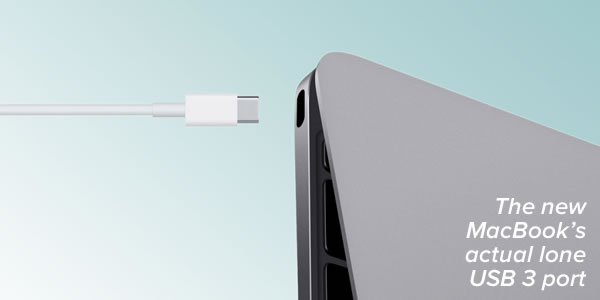 And it’s likely that most of the time, you can get by. But there will come times when you’ll need to plug it into a monitor and power and an external drive or other USB thingy, and that’s when you’ll need this thing, which Apple will happy sell to you for a mere $79:

If the pattern holds, the outrage will eventually die out and other hardware vendors will follow suit. The trend towards doing everything wirelessly and the fact that our phones are now are cameras, iPods, and increasingly our primary computing devices means that for most of us, those ports that we know and love will become superfluous. Will Stabley echoes my thinking when he writes:

Take a look at the laptop you’re typing on right now. If you have more than one cable plugged into it, you’re not the typical consumer. Backup drives, printers, internet connections, and even syncing your iPhone are increasingly done wirelessly. So don’t freak out that the new MacBook only has one port. The odds are it’s been awhile since you’ve used a USB accessory anyway.

That doesn’t mean that there won’t be bumps in the road; there’s always been some annoyance in the less-is-more transition. As Wired put it in their article titled Life with the MacBook’s Single Port Won’t be Easy — Yet:

In many ways, this new MacBook is an exciting harbinger of a bright future, one teeming with interoperability and free of proprietary connectors. We’re not quite there yet, though. And until we are, it’s going to be a long, dongle-paved road.

Fine, fine. But I still have to rant: Why did the hell did this change have to render my current power supply obsolete?!

Thanks to Laughing Squid for finding the CollegeHumor video! 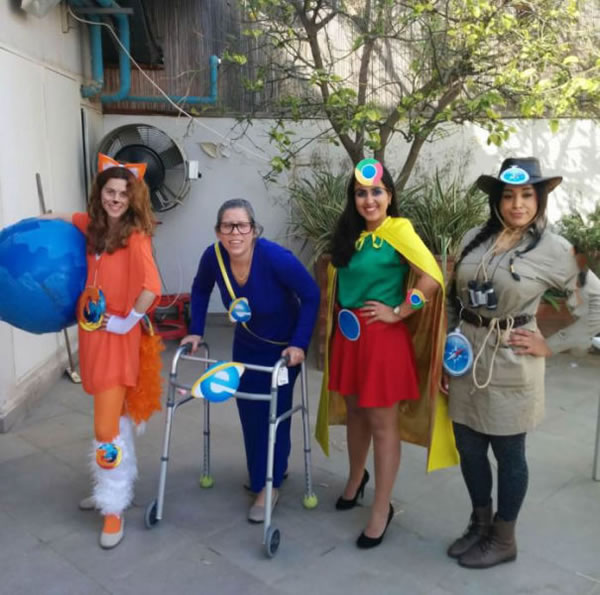 The turnaround is ahead of schedule, says BlackBerry CEO John Chen 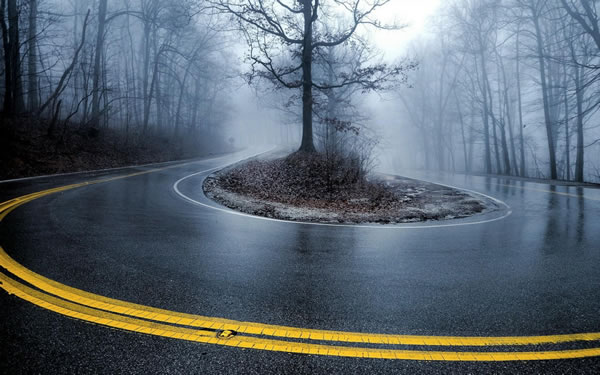 “We are a little ahead of our two-year turnaround and strategy,” said BlackBerry CEO John Chen at a briefing outside Mobile World Congress. “The company financially is stabilizing. We made a little bit of money last quarter. We’re going to be making more money. We’re going to be generating more cash.” AT&T and Verizon are carrying BlackBerry devices again, and Chen says that the positive results from the previous quarter is a sign of things to come. 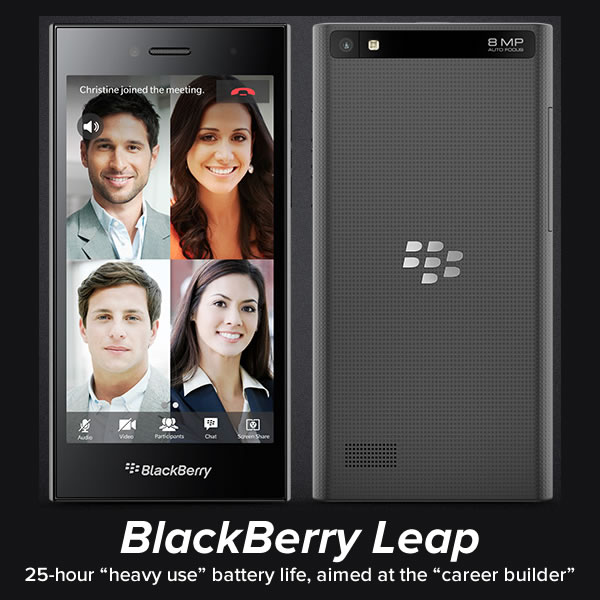 One of the ways in which they plan to generate more cash is to sell more devices, of which they’re planning to release 4 this year. The one they showed off yesterday was the BlackBerry Leap, which is expected to be released this spring and sell for $275 unlocked. Aimed at the “young career builder”, this BlackBerry is an all-touch device, runs apps from BlackBerry World and Android apps from the Amazon Appstore, and boasts a battery life of 25 hours (“based on a heavy usage scenario on a power user profile”). It’s the phone aimed at getting ambitious twentysomethings back into the BlackBerry fold.

BlackBerry plan to introduce three other devices, all of which feature the physical keyboards that are their mark in trade. One of these is a curved-screen device with a slide-out physical keyboard, and will be released “as soon as it’s done,” in Chen’s own words. 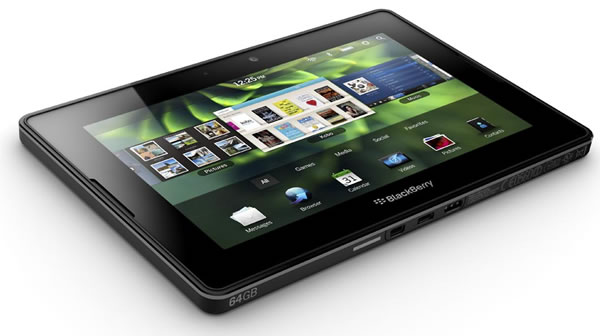 There are other ways in which BlackBerry is working on making more money:

SanDisk have introduced a number of goodies, the most notable of which is a 200GB microSD card that boasts a 90MBs data-transfer speed. Simply put, it’s holds a lot of data, and can move it about quickly. It doesn’t come cheap, though: it’s priced at US$400 and becomes available in the second quarter. 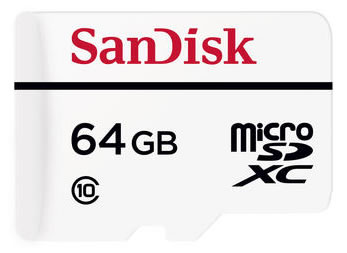 Their new 64GB card doesn’t have as impressive an amount of storage, but it makes up for it in durability. Most flash cards are made for intermittent use, and not meant to be accessed continuously, which means that often-used video cameras such as those for car dashboards and security systems can overtax them. SanDisk’s new high-endurance cards can take this sort of use. The 64GB version will sell for $150, and a 32GB version will sell for $85.

And finally, there are the new Dual Drive and iXpand flash drives for boosting your mobile devices’ storage capabilities. The Dual Drive features 2 USB 3.0 connectors and provides 32GB of pluggable storage for your Android phone or tablet. The iXpand drive has Lightning and USB connectors for bringing an addition 128GB to your iOS device. 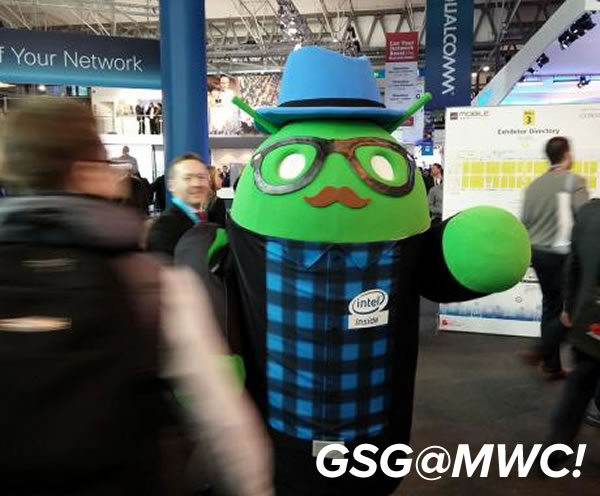 Zuckerberg’s MWC keynote: friendly overtures for the carriers, boredom for the audience 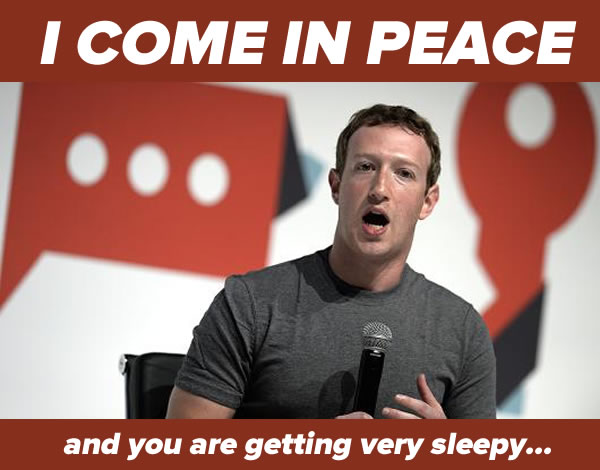 In his keynote panel at Mobile World Congress, Facebook CEO Mark Zuckerberg changed his approach and made friendly overtures to carriers. Their relationship with his company has been a strained one, thanks to free messaging services, WhatsApp and Messenger, which are displacing SMS, and their Internet.org project, which aims to provide free wireless internet to people who would otherwise not have it. It seems that one of the points that Zuckerberg wanted to convey in this appearance was that Facebook was a boon to them, not a threat.

Referring to Android head Sundar Pinchai’s earlier keynote presentation, in which he talked about Google’s Loon and Titan projects, whose goals are to create balloon- and drone-based cellular networks to bring the internet to underserved people, Zuckerberg reassured carriers by saying that they, and not these projects, will actually do the job. “People like talking about that stuff because it’s sexy,” he said, “That’s at the fringe of the real work that’s going on. Ninety percent of the people in the world already live within range of the network. “Going forward the face of Internet.org needs to be the companies doing the work, laying the fiber in the ground, building the infrastructure that’s actually connecting people in the world.”

While Facebook’s free messaging apps are said to eat intro carrier revenue and be detrimental to customer-carrier relationships, Zuckerberg argues that Facebook’s continued growth and Internet.org will be good news for carriers: “The feedback from partners is not only do more people start adopting data, but people use more voice and SMS and pay for that even more. We’ve seen a lot of cases where ARPU [average revenue per user] goes up.”

Now the operators are on stage with Zuckerberg and are being all lovey-dovey #yawn pic.twitter.com/HCUL4KSoMD

…while others thought it was a snoozefest:

There’s a lot of buzz about wearables at MWC, and especially about Huawei’s watch. Described by The Verge as “the most watch-like Android smartwatch yet”, it’s been getting a lot of praise from many quarters. Here’s The Verge’s hands-on with the watch:

First, let’s look at some editorial cartoons covering Net Neutrality in which the cartoonist is either misguided or misleading: 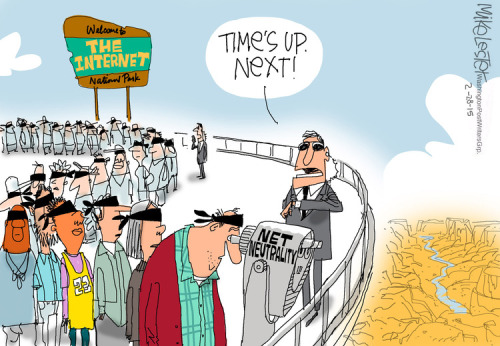 Luckily for us, someone at the editorial cartoon blog A Good Cartoon took the liberty of fixing them: 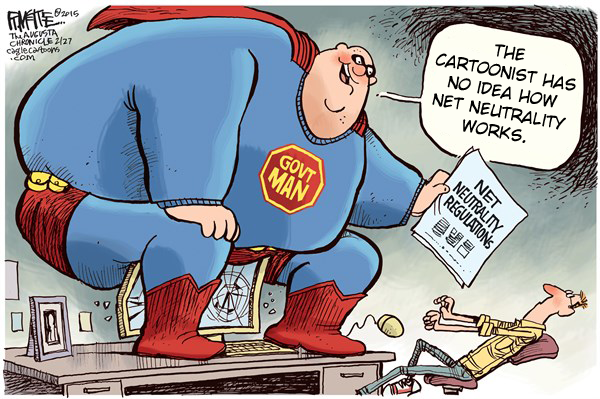 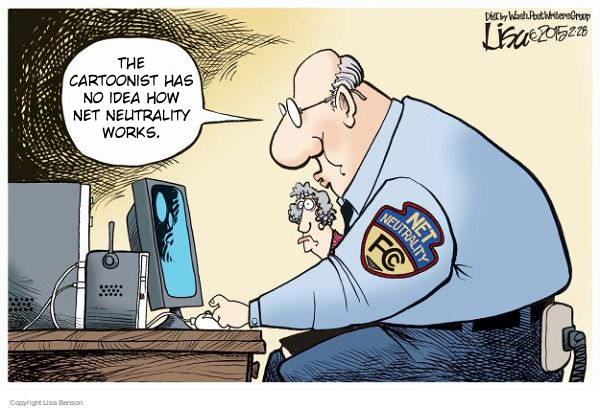 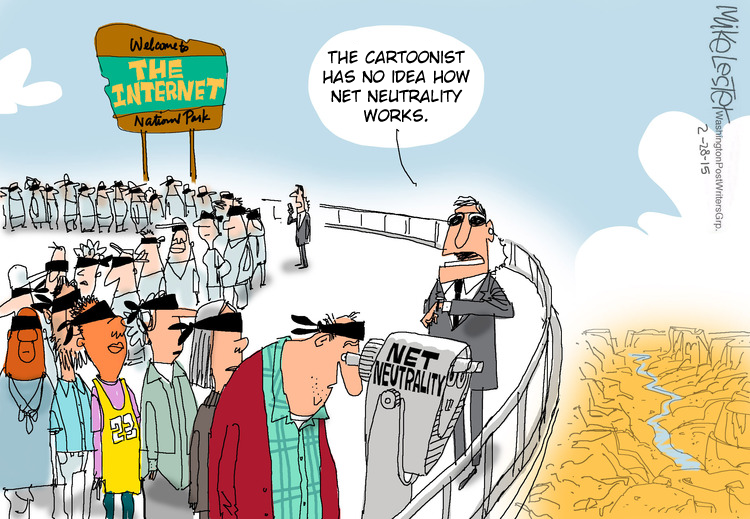 There are more fixed cartoons in that post, including this one, my favorite: 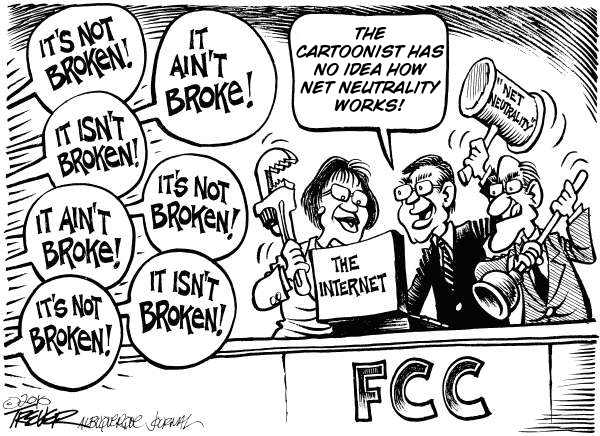 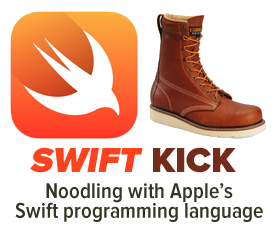 Here’s something a little different: a “Rosetta Stone”-style poster that shows you how to move from Swift to C#, courtesy of Microsoft. The languages do bear a strong resemblance to each other: 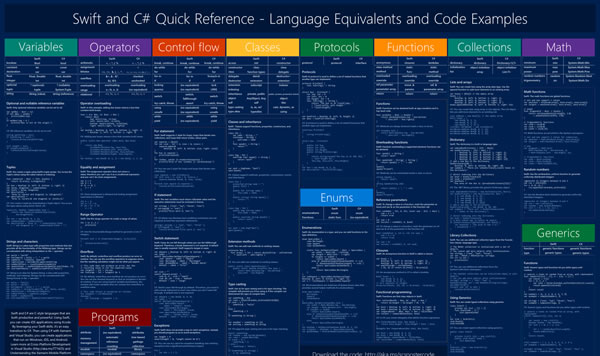 Since this came out of Redmond, it’s apparent that the poster’s goal is to convince Swift developers to try out C# for building iOS apps. The interesting thing is that Microsoft is promoting Xamarin — a tool that uses its programming language but isn’t made by Microsoft — and that it’s pushing development across all platforms. That’s something we wouldn’t have seen in the Ballmer era.

While the poster is useful for its intended audience, it should also be useful for .NET developers who want to give Swift a try. 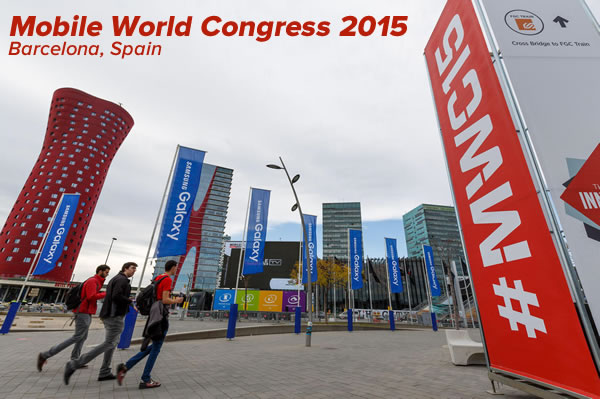 The mobile world’s attention is turning to Barcelona this week, as it’s time once again for the annual Mobile World Congress, where the world’s mobile device and wireless service vendors parade their latest wares to nearly 80,000 attendees who come from all over the world. This week, we’ll keep you up to date on the developments at MWC, so be sure to check this blog daily! 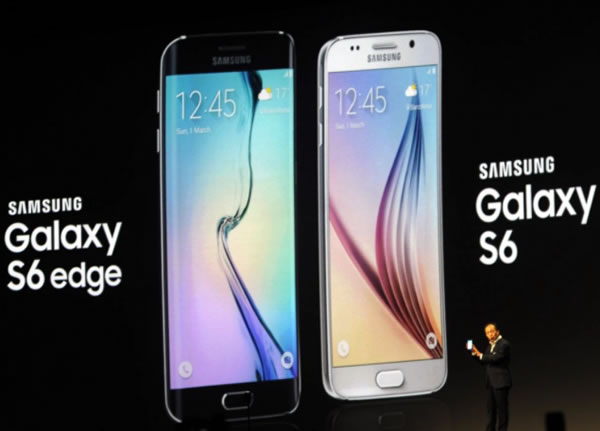 As expected, Samsung unveiled their newest flagship phones at MWC, the Galaxy S6 and S6 Edge, which show the mobile giant switching to an all metal-and-glass body. The Edge is notable for a curved screen that wraps around the phone’s left and right edges, which allows for some interesting user interface ideas, including a mode that lets you read it from the side (very useful, if like me, you use your phone as your bedside alarm clock):

A number of early reviews have already been posted at Ars Technica, BGR, CNet, Forbes, TechRadar, and The Verge. For those of you wondering whether to get the S6 or S6 Edge, Gotta Be Mobile has put together a list of the six key differences between the two models. 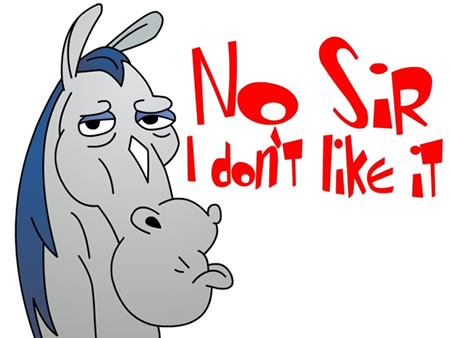 Ars Technica notes that some of the more technical users aren’t all that pleased with two things that Samsung took out of their latest flagships: the removable battery and the MicroSD slot. 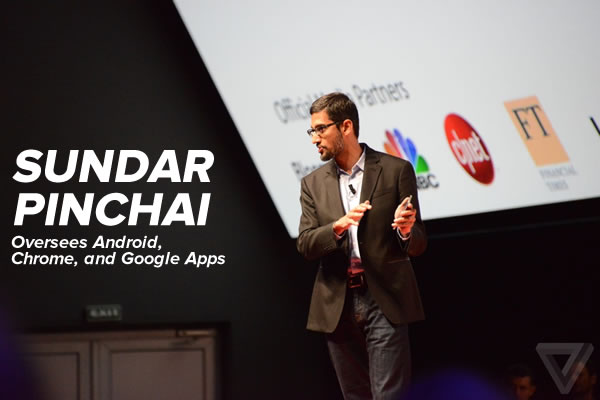 The Verge liveblogged the keynote of Sundar Pinchai, Google’s head of Android, Chrome, and Google Apps, and whom Brad Stone of Bloomberg Businessweek called “the most powerful man in mobile”. He talked about:

For more, see The Verge’s liveblog. 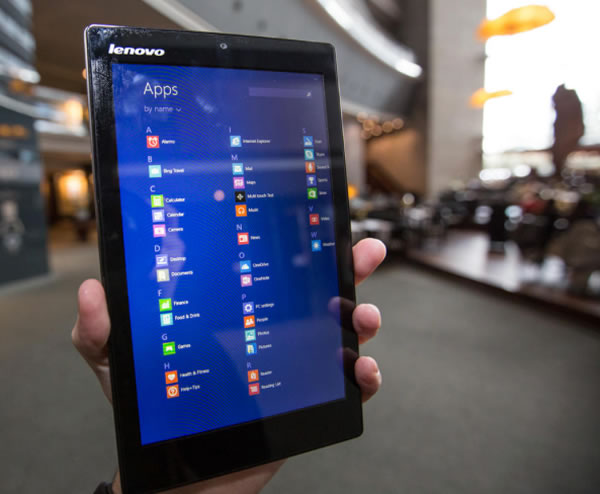 Lenovo used their time at MWC to showcase their upcoming Ideated Miix 300, an 8-inch Windows tablet with slightly better screen resolution than an iPad Mini that’s expected to retail for about US$150. It currently runs Windows 8, has 2GB of RAM, 64GB of storage that can be extended with a MicroSD card, and is said to have 7 hours of battery life. 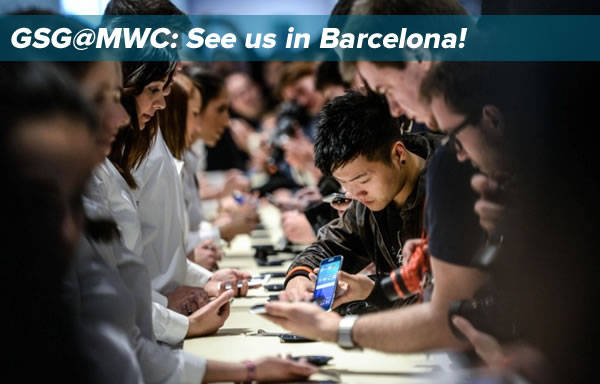