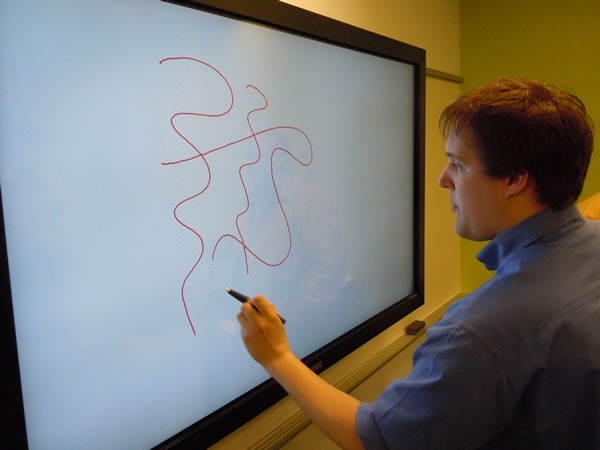 I may have to take a course at ObjectSharp/New Horizons Toronto just to get close to the toys! After the Windows Phone 7 Coffee and Code on Thursday, Barry Gervin and Steve Syfuhs (who just got started working at ObjectSharp, an indirect result of my stunt where I wore assless chaps at CodeCamp a little while back) took me on a tour of their new office. It’s gorgeous, with a nice large social area in the centre and great-looking training rooms with two-monitor workstations for students and these gigantic Samsung touch- and pen-sensing screens at the front of the class. These photos show Steve demoing the big screen’s pen-sensing capability with a simple whiteboard app.

The ObjectSharp folks tell me that they’re making their space available to user groups. I just might have to take them up on that offer. 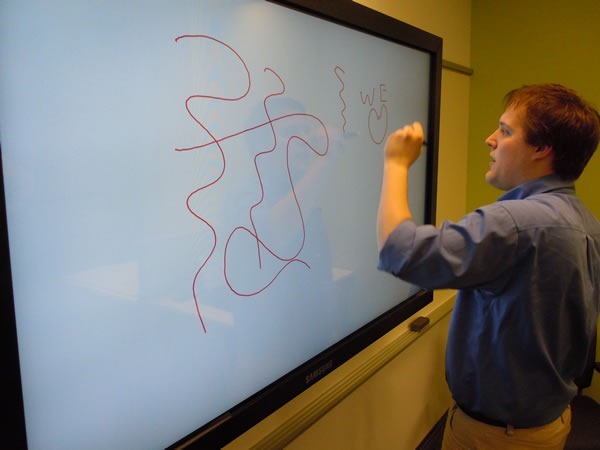