XDA Developers has released what is purportedly a leaked photo of one of the next Samsung Galaxy phones, shown above. The series is expected to go under the name “S20”, with the phone above being the Galaxy S20+.

The version number of the Galaxy phones have generally followed the iPhone’s, which is probably why they’re leaping from 10 to 20 (in case you’d forgotten, the current flagship iPhone is the 11).

While Samsung’s leap in version numbers is a big one, the concept of a version number leap is nothing new. Those of us who were working in the industry in the ’90s may remember Macromedia Freehand’s leap from version 5 to 7, completely bypassing 6, back in 1996. This was a response to Adobe Illustrator 6:

Jumping version numbers is easy compared to actual hardware changes, but Samsung are doing it anyway, with a fourth camera to counter the iPhone 11’s three. It reminds me of this Onion article which became real: 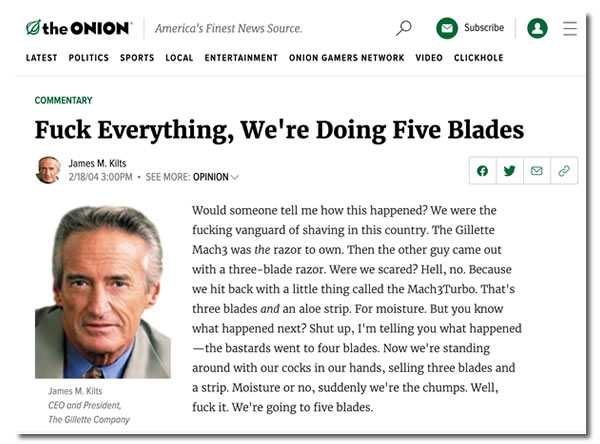 I’ll close this article with the early contender for the title of “Sticker of the Year”:

5 replies on “Samsung ups the version-number and number-of-cameras-on-a-phone ante, reminds me of Macromedia and Gillette”