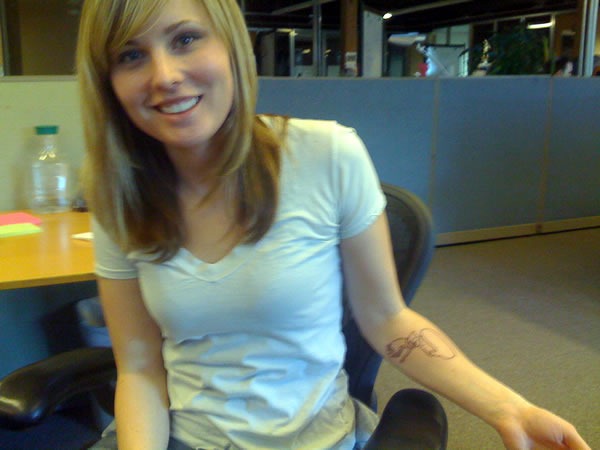 At CUSEC 2009, some of the attendees attempted to psychoanalyze the speakers out of concern for what seemed to be obsessions. The IRC backchannel during my presentation expressed concern for what they believed to be my fixation on butts, what with mentioning the movie Deliverance and showing the “Bottle Rocket in the Butt” video from my blog entry Assrockets and Opportunities.

Other speakers had their own obsessions. Free Software Foundation founder Richard Stallman’s twin obsessions were with the level of lighting in the room and his “Four Freedoms” ethics. Pownce lead developer/co-founder and now Six Apart developer Leah Culver (who was on the conference’s other end of the scruffy/slinky spectrum) was obsessed about getting a tattoo based on designs created by the enigmatic Rubyist known only as why the lucky stiff (or _why for short). Leah somehow managed to contact _why – who is notoriously J.D. Salinger-esque in his reclusiveness – to commission him to create some tattoo designs, which she showed me at the CUSEC speaker dinner last Thursday night.

A message on Twitter from _why has confirmed that she did indeed get the tattoo. Here’s a close-up: 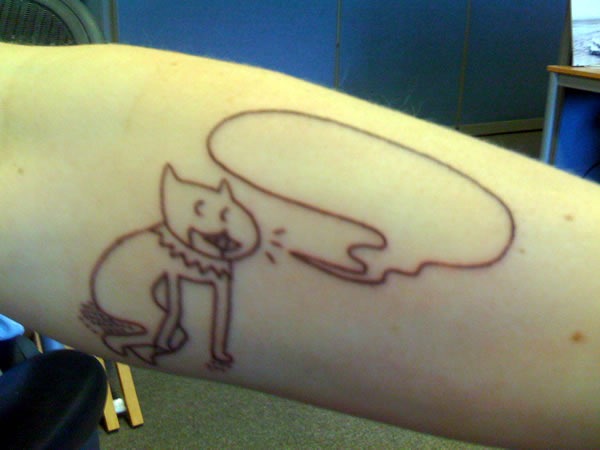 The blank word bubble above the cartoon character is there to let her fill it in with whatever she feels like having it say for the day.