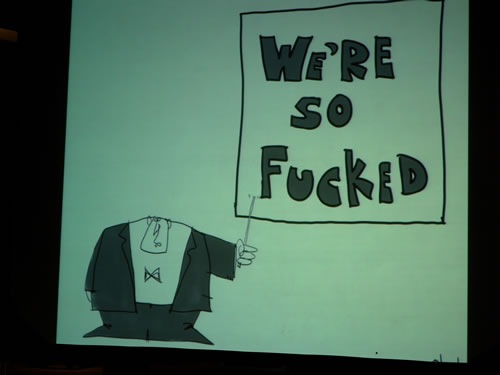 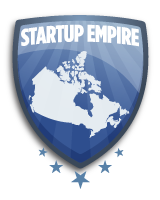 The second-last speaker at yesterday’s Startup Empire conference was Hugh MacLeod, whom most of us know for his comics drawn on the back of business cards and his blog, Gaping Void. Here are my notes from his presentation: 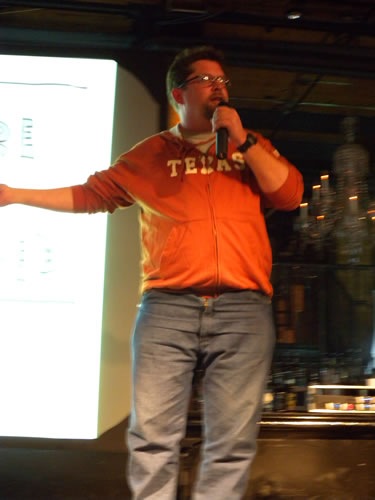 2. The idea you have doesn’t have to be that big. 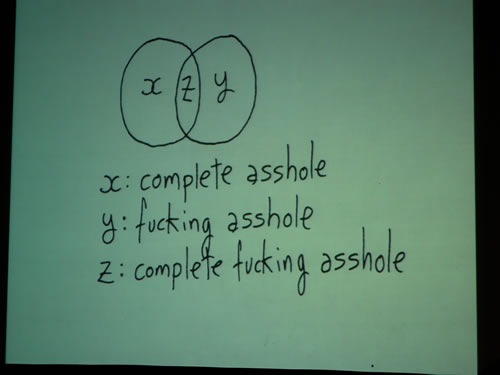 4. If your business plan relies on you being discovered by a big-shot, you will fail. 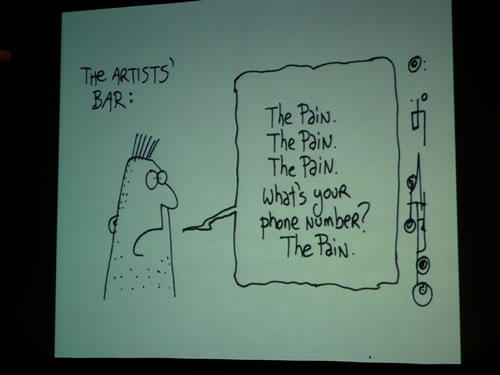 6. Everybody is born creative. 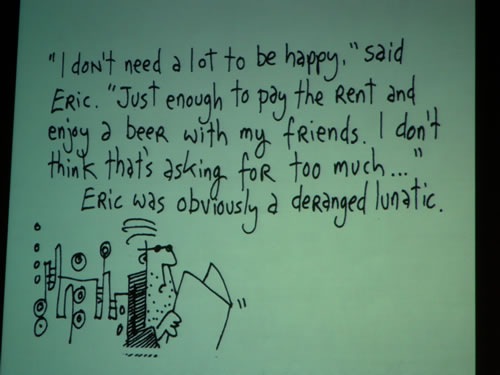 10. The more talented somebody is, the less they need props.

11. The best way is not to stand out from the crowd, but avoid the crowd altogether.

12. If you can accept the pain, it cannot hurt you. 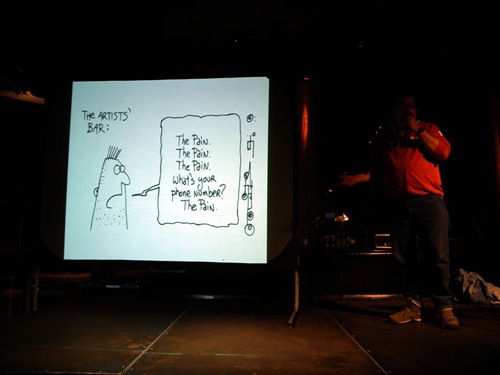 9. Okay, here’s point number 9, since you asked: We will fail, but we will be forgiven.

3 replies on “Hugh MacLeod at Startup Empire: We’re So F***ed”

Joey, Thanks I really liked this.
He’s right about a lot of things.
I didn’t have to spend the money to go and see him live…even better.

[…] Although the presentation was given at a conference for techies starting their own startups, Hugh’s advice applies to anyone who is creative, and if you asked him what that meant, I’m sure he’d say “everybody”. Hence I present my notes on his presentation in this blog as well as in my tech blog, Global Nerdy. […]

I wasn’t able to make it to his talk so it was great to get the link to your blog post. Thanks for sharing!