Salmagundi? That’s the word for a seventeenth-century English dish made of an assortment of wildly varying ingredients. Typically, they include some cut-up hard-boiled egg, but then after that, anything goes: meat, seafood, fruits and veg, nuts and flowers and all manner of dressings and sauces. The term comes from the French “salmigondis”, which translates as “hodgepodge”.

In this case, I’m using “salmagundi” as a term for a mixed bag of new items that you might find interesting as a developer.

The End of the Web? Don’t Bet on It

George Colony, CEO of Forrester Research, said at the Le Web conference that the web is dying and that the “App Internet” – the internet as accessed via apps instead of through the browser – is taking over. Mark Suster disagrees and says that while Colony may be right, it’s only for the short term, citing these reasons:

From now through December 25th, you save 40% off Apress ebooks if you use the discount code SNOW11 when you check out. This applies to all regular and Alpha ebooks in their shop!

“CoffeeScript is Not a Language Worth Learning” 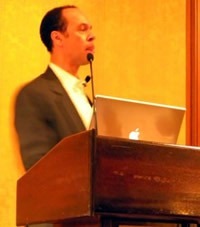 When Reg Braithwaite speaks, a lot of geeks listen. And rightfully so; the guy’s constantly thinking deep thoughts about programming and what it means to program. I feel privileged that I can easily hang out with him reasonably often as we both live and work in Toronto.

There’s a lot of gnashing of teeth over his latest article, CoffeeScript is Not a Language Worth Learning. In it, he praises CoffeeScript but says that it’s more tool than language, and a great one at that.

The readers at Reddit and Hacker News, many of whom are a literal-minded bunch, have accused Reg of linkbaiting with his article’s title. Of course, if you know Reg, either personally or through his writing, you’ll know that he uses essays to think out loud and share gedankenexperiments. He also writes some interesting programming experiments for the same reason. My advice to those of you who are about to fire up your favorite text editor and do a point-by-point refutation of his essay: breathe deeply, and read it again. 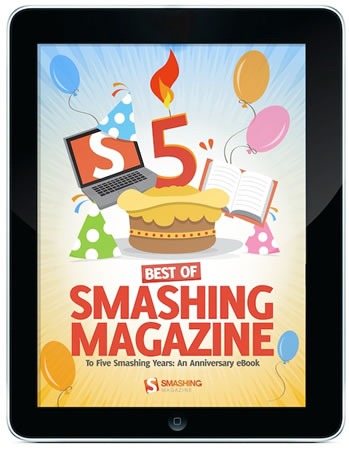 Smashing Magazine, a great resource for developers, designers and those mythical “desingineers” is turning 5 and celebrating by giving away a free ebook: Best of Smashing Magazine. It features what they feel to be the best articles they’ve published over the past half-decade. Here’s the table of contents:

Want it? It comes in PDF, ePUB and Mobi formats and it’s free – download it directly here [55 MB .zip file] or get it from iTunes!