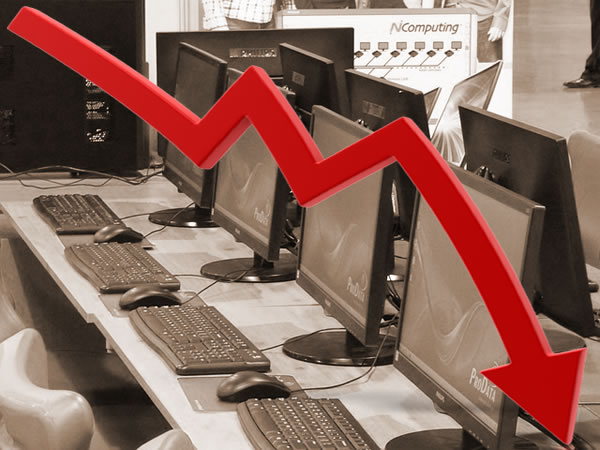 Their preliminary 2015 shipment estimates for vendors worldwide show that the top 6 vendors by shipment all experienced a drop in shipments (randing from 3% to 11%) with one notable exception — Apple, who say a nearly 3% growth:

In the United States, vendors fared a little better. While the top two vendors, HP and Dell, saw shrinkage (especially HP, whose 4Q shipments dropped 8.5 from the previous year’s number), Apple and Lenovo made significant gains (a decent 6.5% and a stunning 21.1%, respectively), and Asus stayed even: 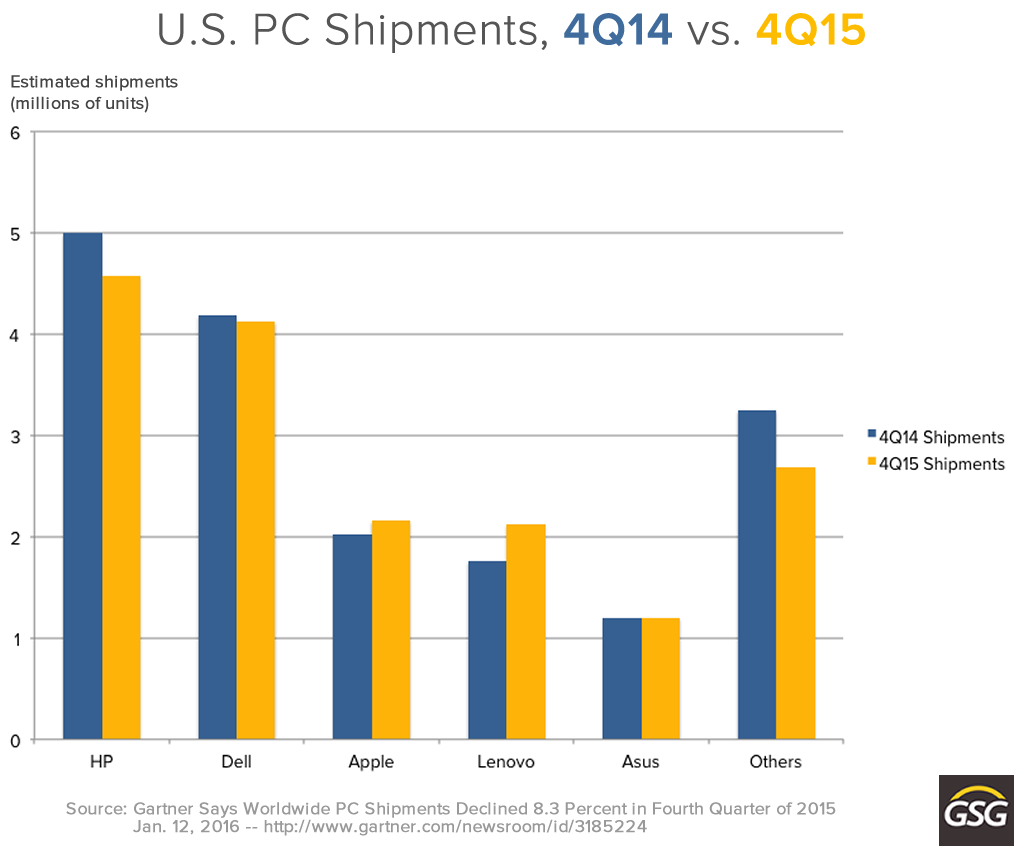 We’ve been seeing this trend for some time. Global PC sales peaked in 2011 with just over 365 million units, and since then, sales have been cooling at an average rate of just under 6% per year: 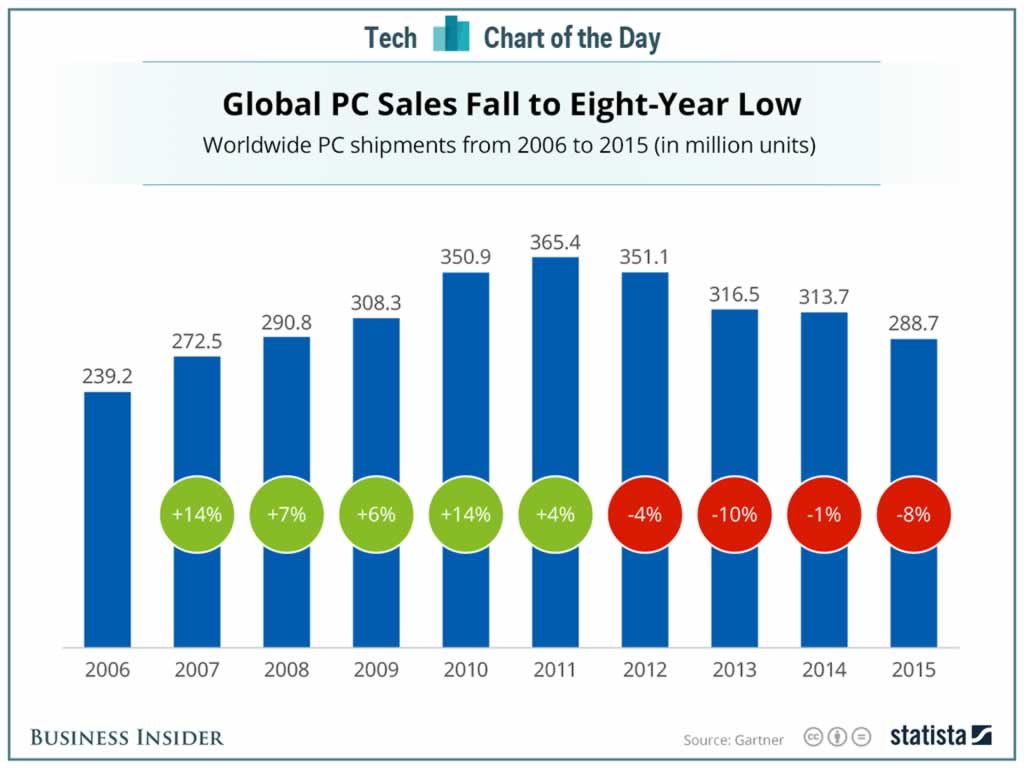 IDC have released similar numbers, but their reported drop in worldwide PC shipments is even bigger: 10.6%, with the observation that “he year-on-year decline in 2015 shipments was nevertheless the largest in history, surpassing the decline of -9.8% in 2013.”

IDC cites a number reasons for the drop in PC shipments, which include:

PC sales are now dwarfed by smartphone sales these days — the PCs sold in all of 2015 don’t even amount to as much as the smartphones sold on average for any given quarter of 2015. Here’s how many PCs and smartphones shipped in the previous quarter: 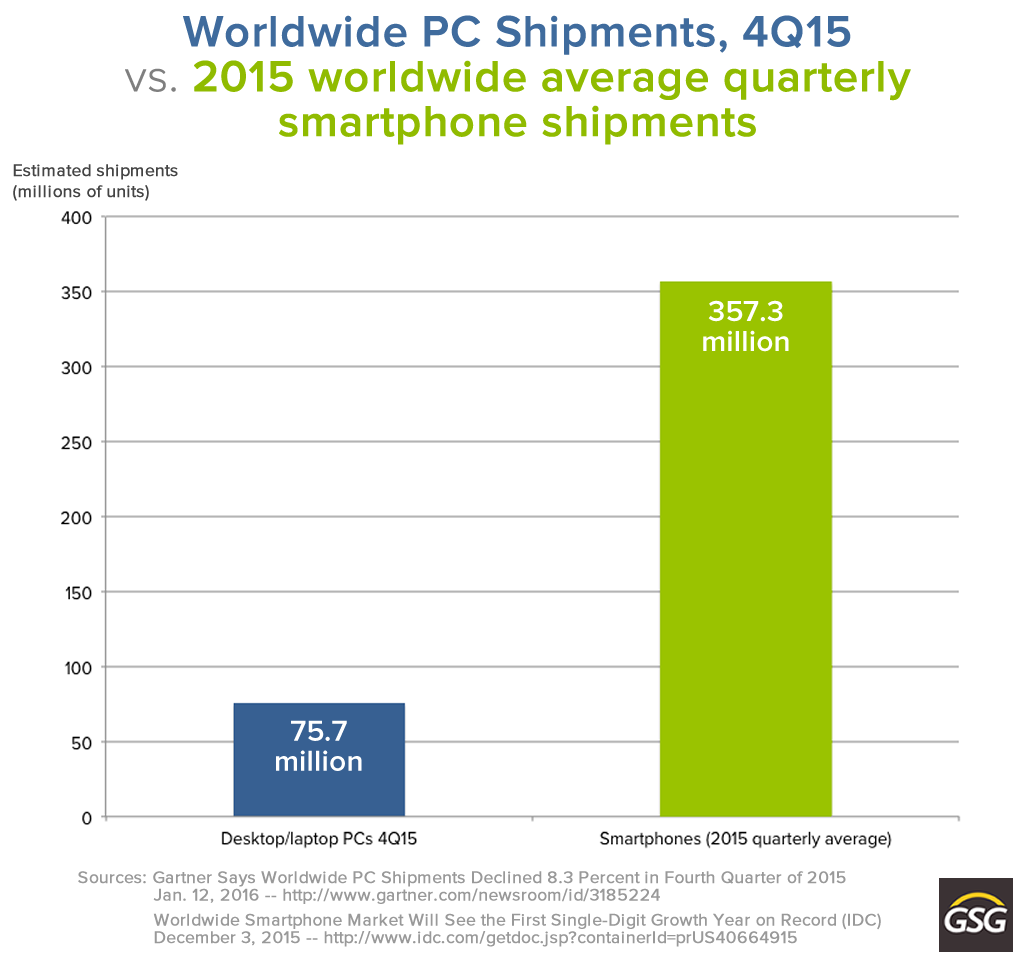 We’re well and truly living in the mobile era.