Microsoft meant to announce the upcoming release of the Visual Studio for Mac at the Connect(); 2016 developer event on Wednesday, but someone accidentally clicked “publish” on the blog entry a little too early (here’s the cached article). With this great news, we’re one step closer to their “pointy logo era”, that time in the 1970s and early- to mid-80s when they made development tools for many, many platforms.

Bill Gates on the cover of TIME magazine, 1984.

For those of you who were too young to remember those days, here’s a quick photographic tour of just a few of the many, many versions of good ol’ Microsoft BASIC, the programming language that gave the company its start in a time when seeing a computer in a home or office was a very unusual thing: 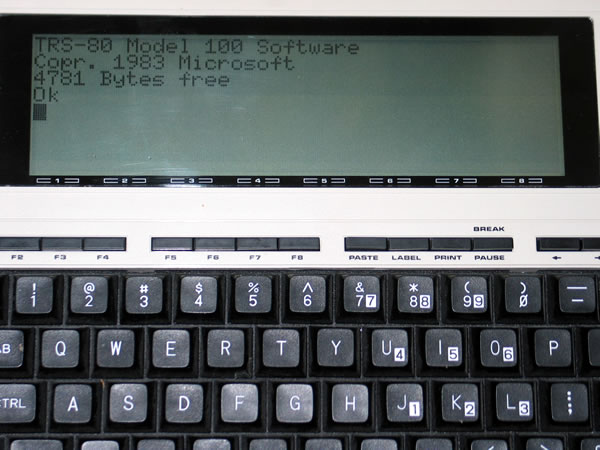 The TRS-80 Model 100 by Radio Shack (yes, Radio Shack once made computers!) was one of the first notebook computers. 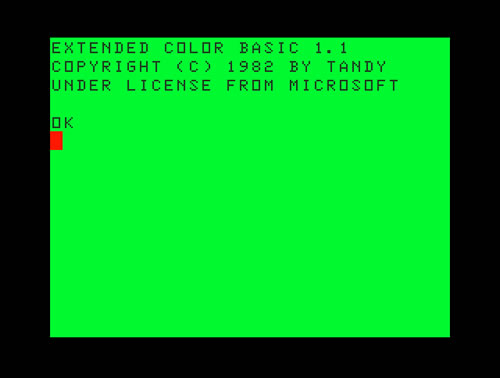 The TRS-80 Color Computer, also by Radio Shack, was their only machine not based on an Zilog Z80 processor, but a Motorola 6809 instead.

The Atari 400 and 800 series of computers had a passable built-in BASIC, but if you wanted the real thing, you’d load Atari Microsoft BASIC via cartridge or floppy disk.

The Apple II had its own BASIC — Integer BASIC — but it got superseded by Applesoft BASIC, a dialect of Microsoft BASIC whose name is an amalgam of “Apple” and “Microsoft”.

The IBM PC not only brought personal computing to offices, schools, and homes in the 1980s and 1990s, but many forms of Microsoft BASIC, starting with IBM BASIC. 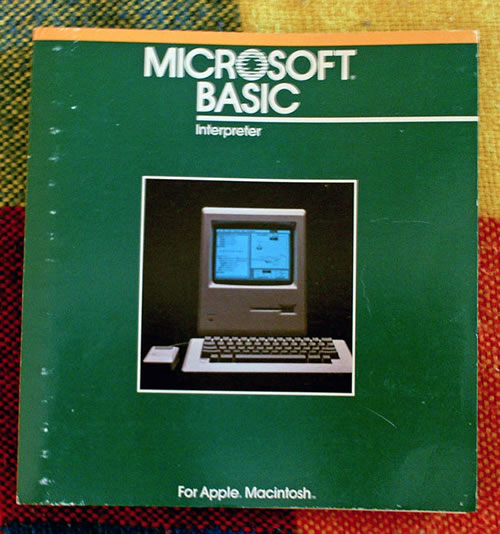 It’s been a long time since Microsoft has made a full-fledged development environment for the Mac, but the signs of its arrival have been around for a while. Consider Xamarin Studio, whose creators were recently acquired by Microsoft… 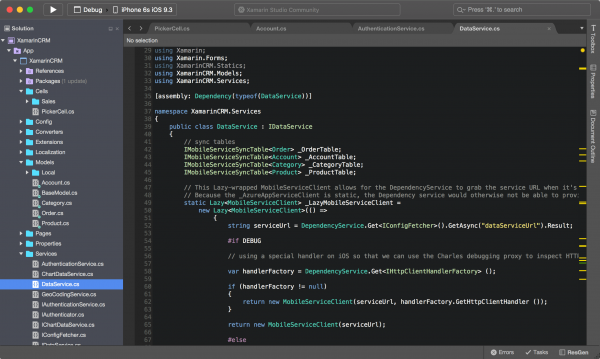 …and Visual Studio Code, which is an excellent programmer’s text editor: 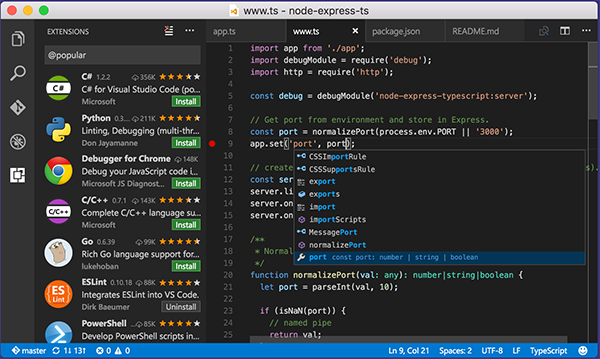 Here’s what Visual Studio for Mac will look like: 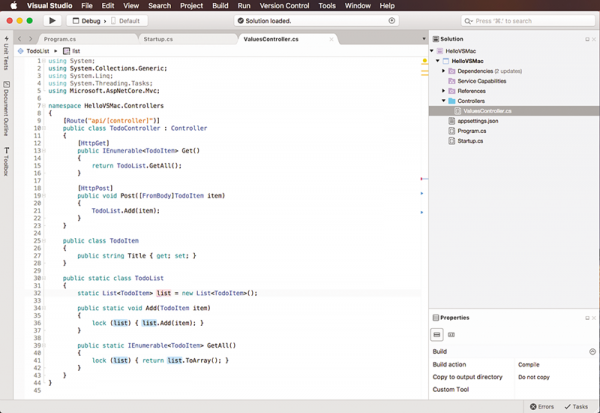 VS for Mac is based on Xamarin Studio — the Mac version is so much better than the Windows version; Windows folks were much better off using Visual Studio with the Xamarin extension — and gives Mac-based developers the ability to use C# and .NET to build applications for…

It also supports the ASP.NET Core web development platform for building web service back ends that can live on your on-premises servers or in the cloud on Azure.

VS for Mac is supposed to be the Mac OS counterpart of VS for Windows, and features many of the things that made Visual Studio popular, including IntelliSense:

While it doesn’t support all the project types that the Windows version supports, its solutions use the same MSBuild-based solution and project format, meaning that Mac- and Windows-based developers can share projects for Android, iOS, Mac OS, and ASP.NET development seamlessly.

Microsoft will announce the full details about Visual Studio for Mac at their Connect(); // 2016 conference, which will feature live streams of its keynotes and various session from Wednesday, November 16th through Friday, November 18th. This promises to be an interesting one — make sure you catch it!